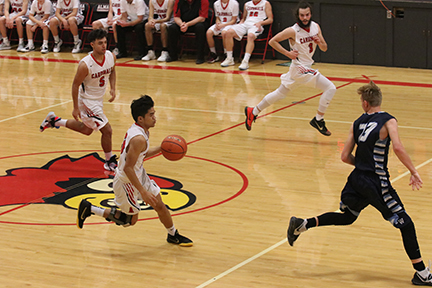 On December 13th, Friday, The Alma Cardinals Boys Basketball traveled to Wilcox- Hildreth to compete and get back on track after the tough loss against Elm Creek.

Going back from the half time break the Cardinals are looking sharp to ball out for the second half. Isaac McCurdy with hot hands scored 9 points, Burke Boehler, with 6 points. The score at the end of the third quarter was 49-24 in favor of Alma.

In the fourth quarter, the Cardinals are looking forward to finish the game strong. Isaac McCurdy with 7 points, Nathan Hock with 4 points, and Jason Stenka with 2 points. The score at the end of the fourth quarter was 63-40 in favor of Alma.

Alma Boys Basketball got their third win of the season, standing by 3-1.