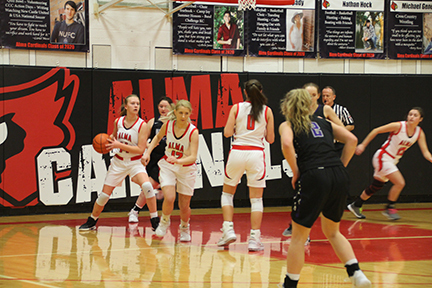 Some highlights from the game were Prickett leading the rebounds with 15. Stuhmer had 5 steals, Cervera following with 4 steals. The Alma Cardinals played tough against the Axtell Wildcats and defeated them.