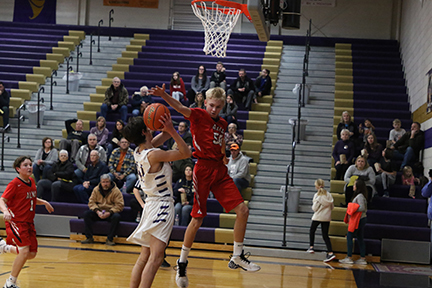 In the second quarter, the Cardinals had Tanner Heckenlivley with another three pointer and Nathan Hock making two field goals for a total up of seven points.

In the fourth quarter, the Cardinals had Ehren Smolik, Antonio Hudson, and Nathan Hock scoring a field goal, Jason Stenka made a field goal and missed two free throws, Vince Ontangco made one free throw and missed two and scored a two pointer, totaling up the score of the fourth quarter for eleven points.  The Cardinals played a great game totaling up the whole game to be fifty-one points for the Cardinals and thirty-three points for the flyers.