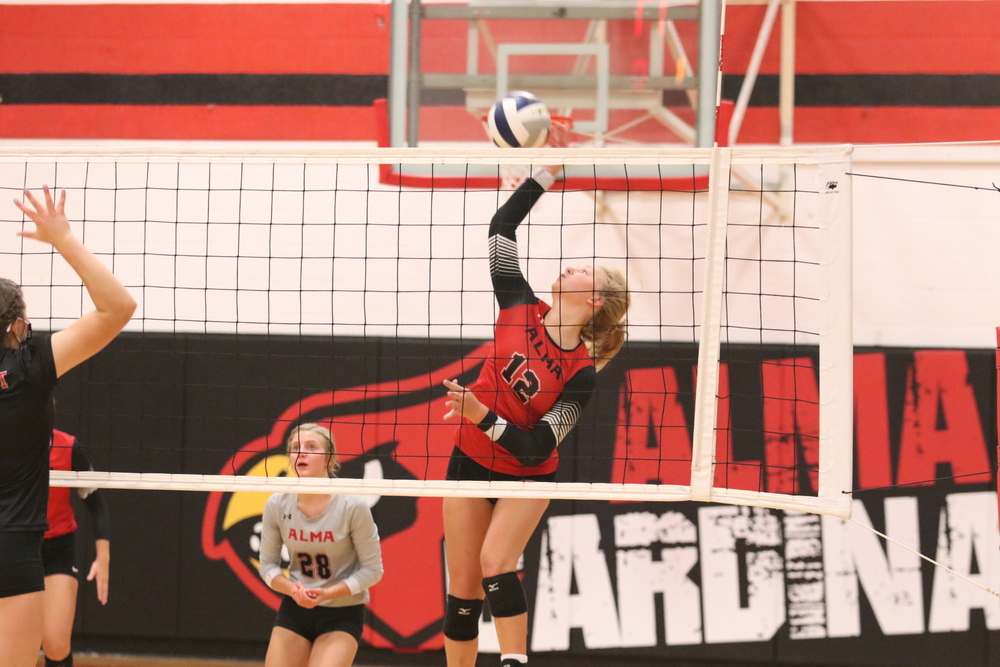 On September 3rd, the Alma Cardinals played the Trojans and the Vikings in a Volleyball Triangular.

The first game they played the Bertrand Vikings and they took home the win. Sophomore Katy Prickett and Junior Carlee Stuhmer had the most total kills with 5. Junior Jessica Pheil had the most amount of assets with 4 and Freshman Addison Siebles with the second most with 2. The most amount of digs goes to Prickett with 14, also Siebels with 11. The final game scores was 25, 23, and 27.

In the Second game the Cardinals played the Cambridge Trojans. The Trojans fell behind in the first set with a score of 19 and Alma scoring 25 but the Trojans brought the lead in the second set 25 and Alma with 18. Bringing them to have a third set and Trojans winning 25 to 20.