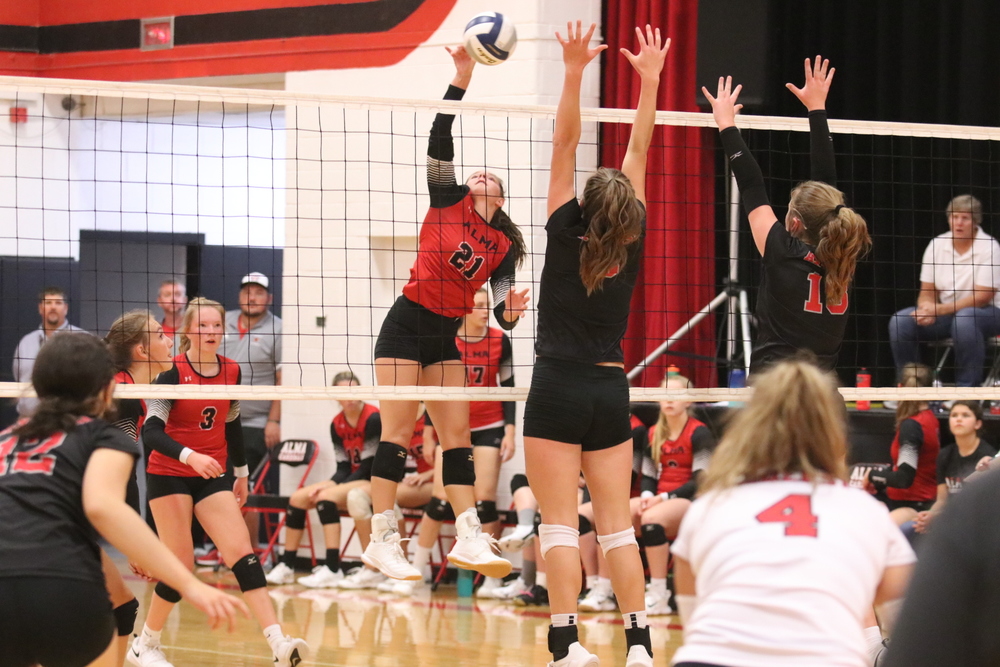 Alma won a 3 set game against Wilcox-Hildreth. A very offensive battle set one was 25-21 and the second set went to a 20-25 and set three a very close 25-22. Carlee led the team again with 6 kills Addison Siebels and Katy Prickett had 5 to add to the total kills. Alma won the triangular going 2-0.