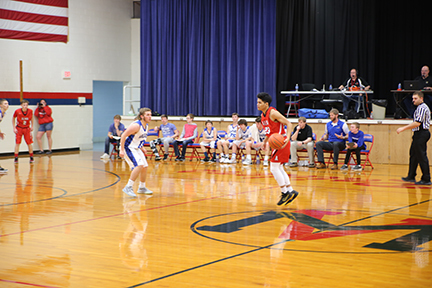 In the second quarter, the Cardinals had Burke Boehler score four out of the five free throws, Tanner Heckenlively with another three, Nathan Hock and Jason Stenka with a field goal, and Vince Ontangco Making three field goals and one free throw ending the second quarter with eighteen points and leaving the half with forty points.