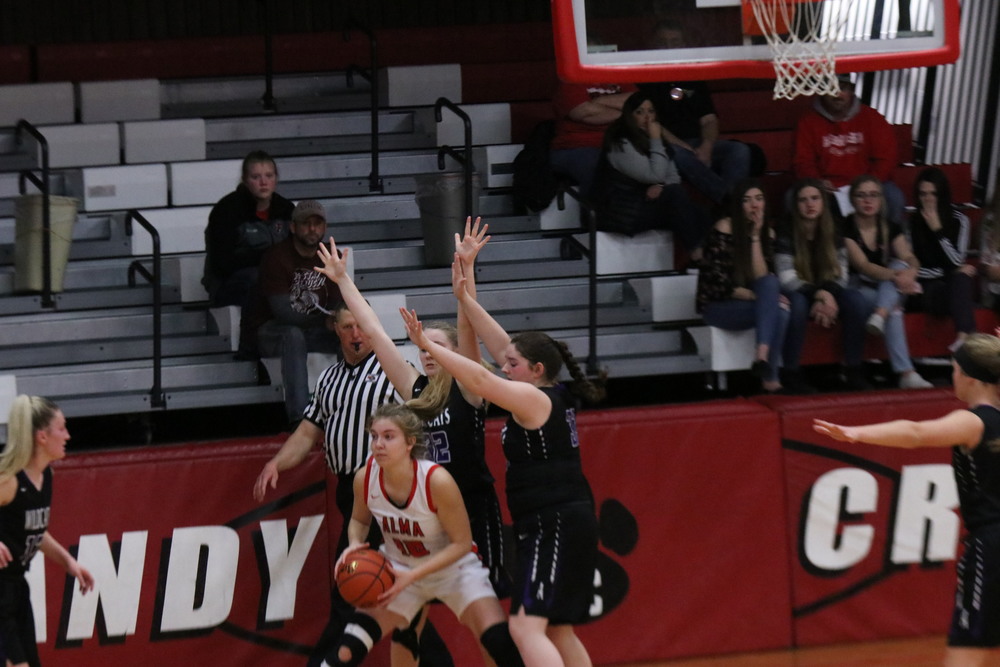 On Tuesday 18th, The Lady Cardinals took on The Axtell Wildcats. Alma took the win 56 to 40.

Into the Second quarter, Addison Neal shot 4 points. Schuller shot a free throw and also 2 points. Prickett shot one free throw. Abbi Fox shot 2 free throws. The second quarter we got 10 points. At half time The Lady Cardinals had a total of 21 points.

In the Third quarter, Stuhmer had 5 points. Neal had 2 points. Abby Cervera 3 points. At the end of quarter 3 we had a total of 10 points.

The Fourth  quarter, Stuhmer had 2 points. Neal had 7 points. Prickett had 2 points. Carvera had 4 points. At the end of the game the final score was 56 points.