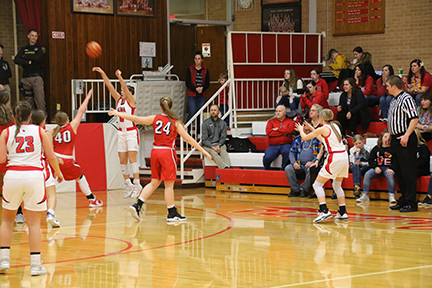 In the second quarter, Prickett made a field goal and Cervera made two three-pointers. The ending score for the first half was 20-13.

In the third quarter, Stuhmer made two field goals. Cervera made a three-pointer and Prickett made a field goal. Making the score at the end of the quarter 29-17.

The Lady Cardinals are sub-district champions. They will move on to districts and play Friday, February 28th in Broken Bow. They will be playing Chambers Wheelers Central.