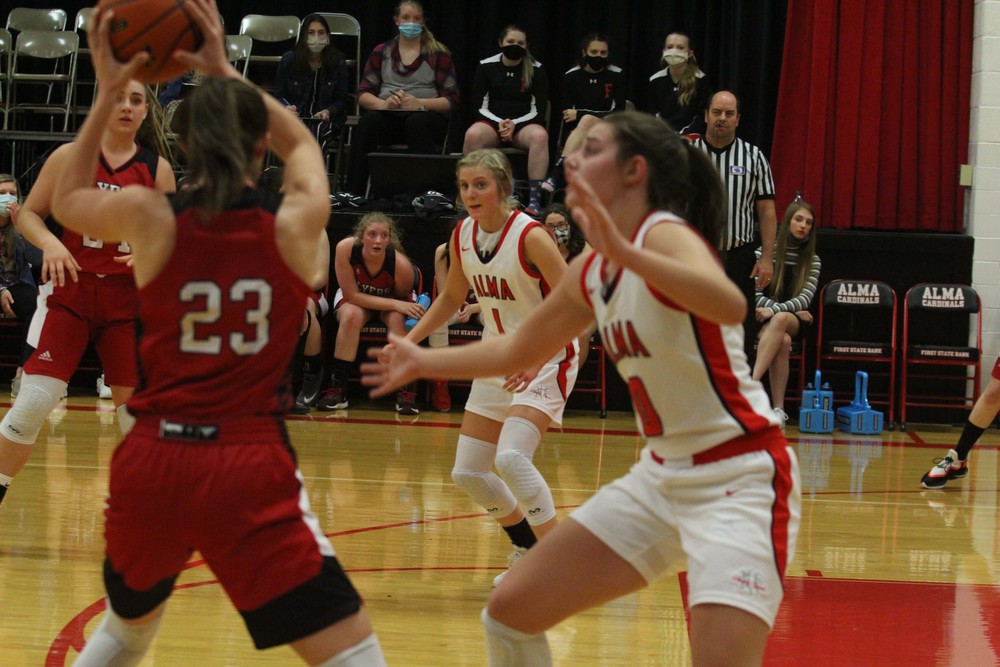 Into the Third quarter, Carlee scored 4 points. Also, Addison Siebles scored 8 points. for a total of 12 points at the end of the third quarter.