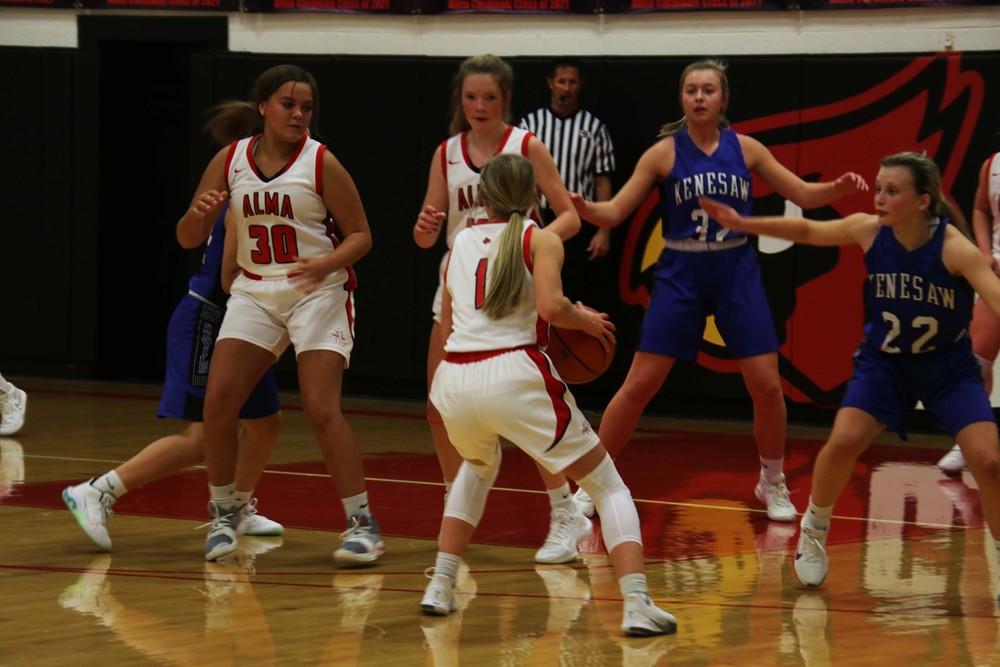 The Cardinals showed some hard work after half time. Scoring 18 points for the third quarter. Addison Neal scored four 2 pointers. Carlee Stuhmer, Addison Siebels, and Katy Pricket all made a 2 pointer. Addison Siebels made two free throws. Riley Scott and Carlee Stuhmer made a free throw. The score at the end of the third quarter was still 41-28.

In the final quarter, the Cardinals finished by scoring 11 points, Carlee Stuhmer and Addison Siebels both scored a 3 pointer, Addison Neal scored 2 points. Madison Wolfe made a free throw. The score at the end of the game was 52-36.