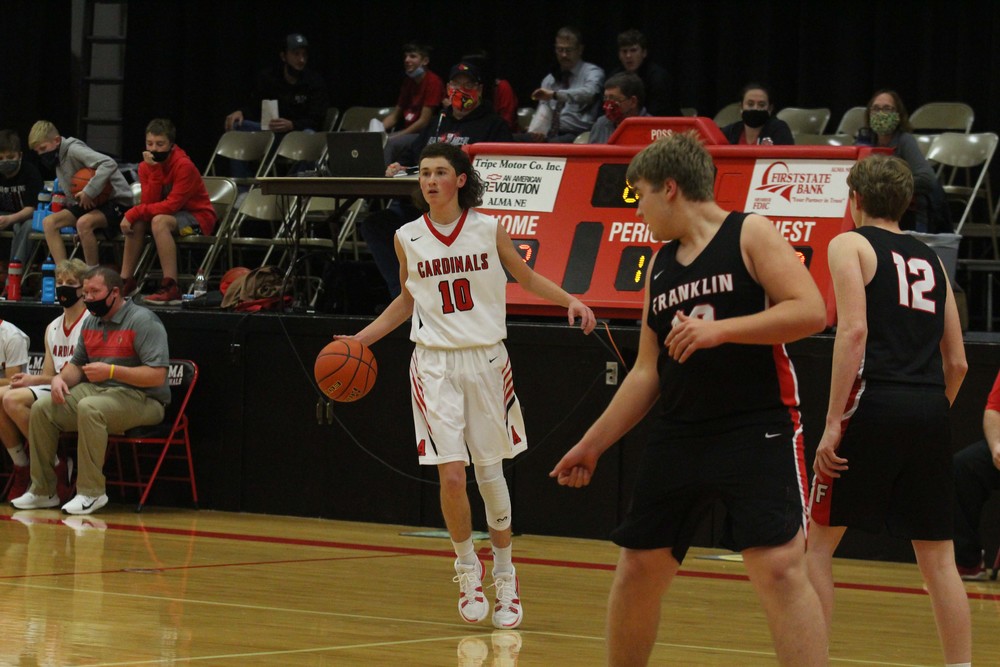 In the first quarter, Tanner Heckenlively scored the only 4 points of the quarter.  All 4 points came from 2 pointers.

In the third quarter, they scored a total of 11 points.  Tanner Heckenlively had two 2 pointers and a 3 pointer.  Grant McQuay had 2 free throws.  Drew Neubauer had a 2 pointer.

The Alma Boys could not pull off the win against the Franklin Flyers.