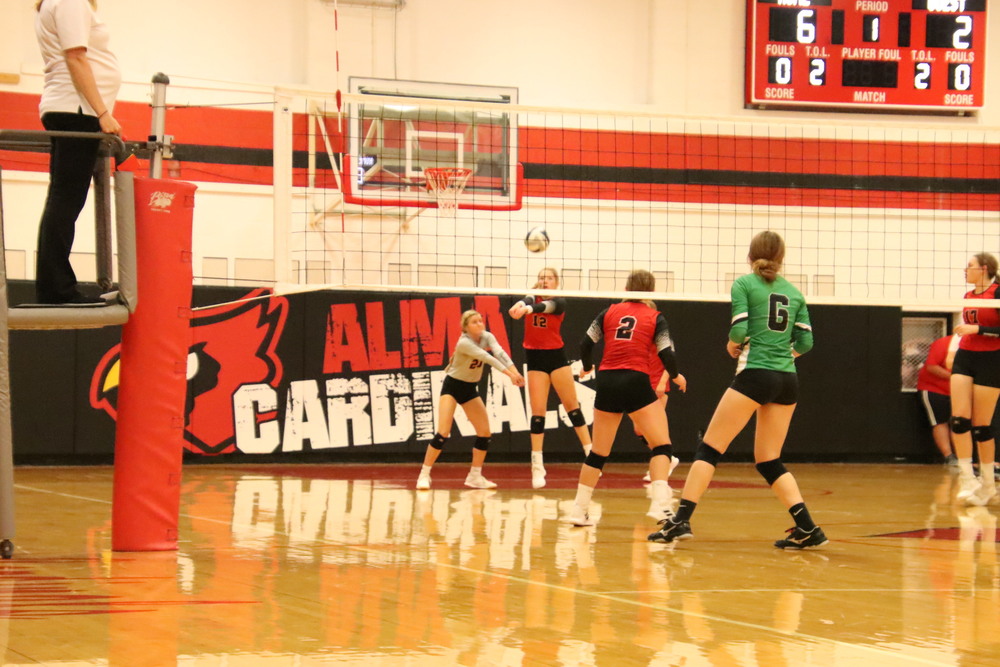 The Alma volleyball team went to Cozad on September 14, 2021 for a tournament with Arapahoe and Cozad.

Alma first played Cozad, winning in two sets. They won by 14 points in the first set with a score of 25-11. In the second, they won 25-10. Addison Neal had 7 serve receptions with Addison Siebels adding 5 to the total amount. As well as Alexis Wolfe with 3 solo blocks.

Alma then faced off Arapahoe winning the first set 25-16. In the second, Arapahoe almost came back, but ended up losing by 3. Therefore, Alma won 25-22. Addison Neal had a total of 16 serve receptions and Carlee Stuhmer with 13. In addition, the team had a total of 3 solo blocks. Alexis Wolfe, Jessica Pfeil and Stuhmer each had 1.