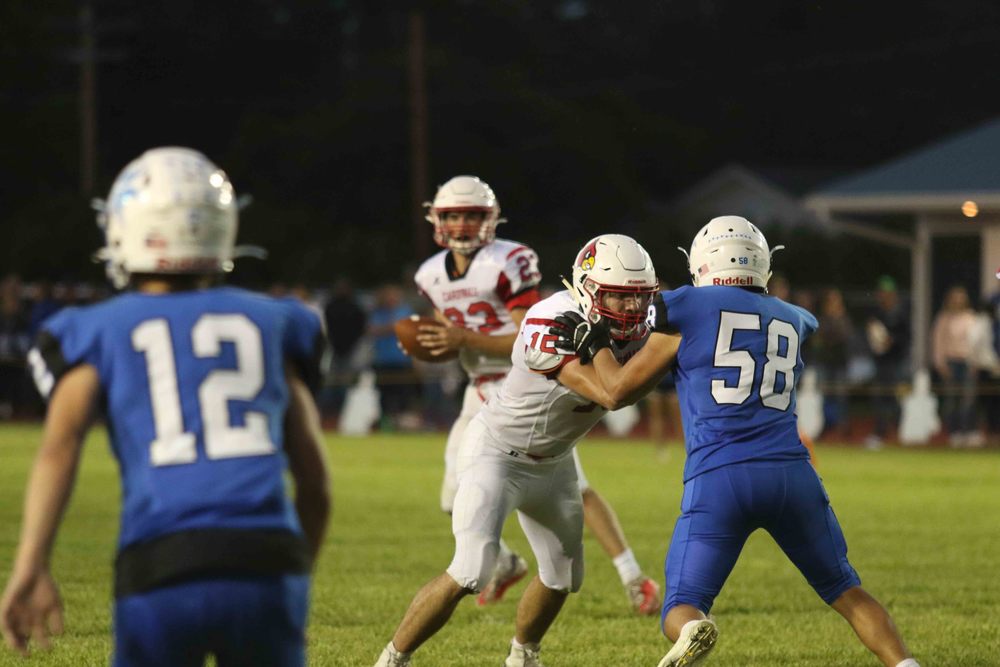 Cardinal Football Drops A Close One Against the Vikings

In the first quarter, neither Alma nor Bertrand could score any points. We had played extremely hard but the team found out that they executed their game plan very well, and we had a couple of plays that didn’t go our way but we learned from their mistakes.

During the second quarter, Alma’s defense couldn’t keep Bertrand back and they scored two points.

In the third quarter, Alma’s Ayden Mohlzan throws the ball 9 yards for Gage Thulin to catch. Ayden runs the ball 35 yards to get the second touchdown for Alma.