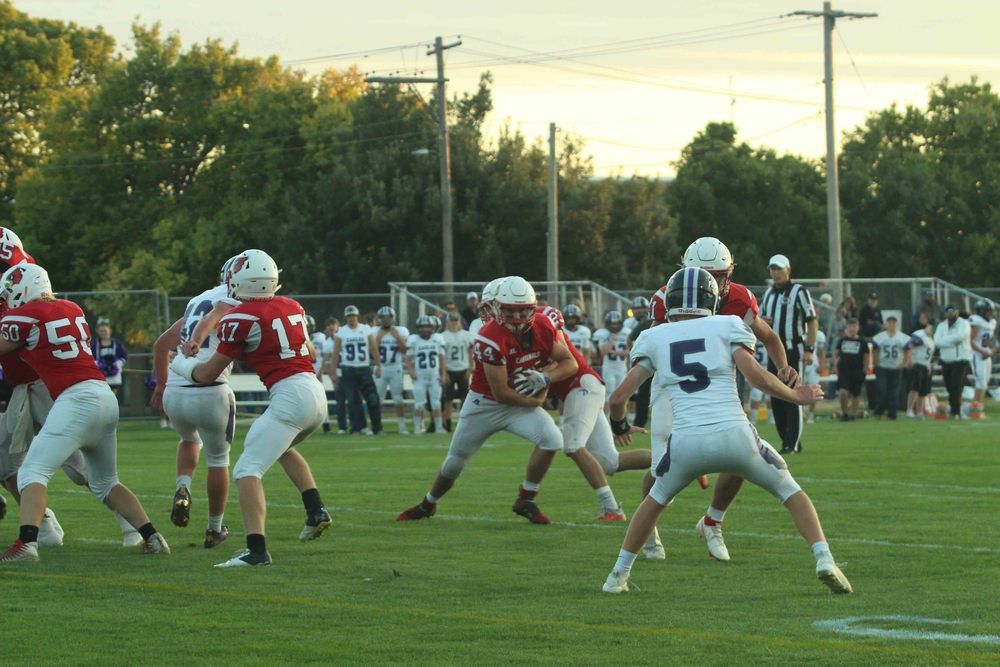 The cardinal football team had an amazing game on Friday vs. Southern Valley for a spirit week victory. To start off the game, sophomore Alek Molzahn runs from the six-yard line for a Cardinal touchdown. Immediately following, senior Ayden Molzahn runs into the endzone for a two-point conversion. Later, Ayden runs into the endzone for a one-yard touchdown, followed by a failed two-point conversion by Alek, leaving the score 14-0 after the first quarter.

To start off the second quarter, senior Elliot Fletcher runs from mid-field for a 42-yard touchdown with no extra points scored afterwards. Southern Valley finds a way to break through the cardinal defense and scores a 19-yard touchdown, followed by a two point conversion. This doesn’t phase the cardinals, because Elliot scores two more touchdowns, and Alek Molzahn scores a two-point conversion, leaving the score 36-8 at the end of the first half.

The third quarter goes just as well as the first two quarters did for the cardinal football team. Elliot starts the quarter with a six-yard run into the endzone for a touchdown, with the two-point conversion by Ayden being no good. After this, sophomore Jakin Neal throws a five-yard pass to Alek for the final cardinal touchdown of the night, leaving the score 48-8 at the end of the third quarter.

In the fourth quarter, both teams failed to make any runs into the endzone, leaving the end score at 48-8. The cards had an amazing game with great stats. The boys averaged seven yards a play and 6.4 yards per rush. Senior Elliot Fletcher leads the cardinals in rushing yards, averaging 12.3 yards and 123 yards overall. Sophomore Drew Neubauer led the team on defense with three solo tackles and five assists on tackles. Overall the cardinals played well on both defense and offense this week for a big win over the Southern Valley Eagles.