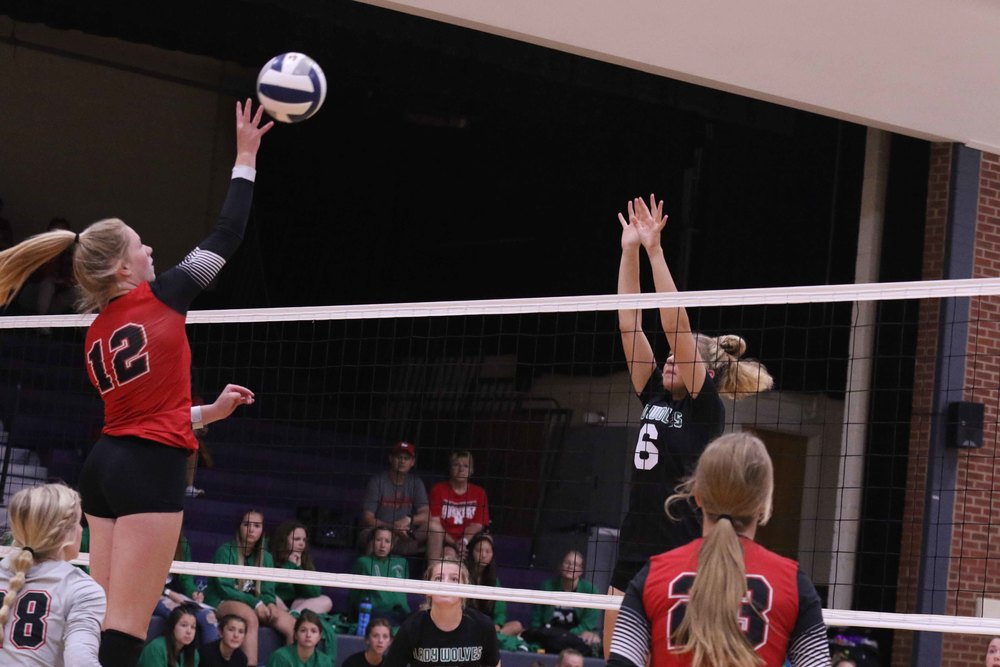 Alma played in a volleyball triangular on October 3, 2021, against Southwest and Overton.

Alma faced off Overton winning the first set with a score of 25-18. The next two sets were won by Overton with scores of 25-15 and 25-21. For Alma’s defense, Addison Neal had 18 serve receptions and Alexis Wolfe had three solo blocks. Together as a team, they had a total of 10 block assists.

Alma played a great game against Southwest winning in two sets. Both scores ending up being 25-23. The team had a total of 30 kills. Carlee Stuhmer led the team with 15 of those kills with Addison Siebels right behind her with 9. In addition, Jessica Pfiel had 11 serves that resulted in a point.