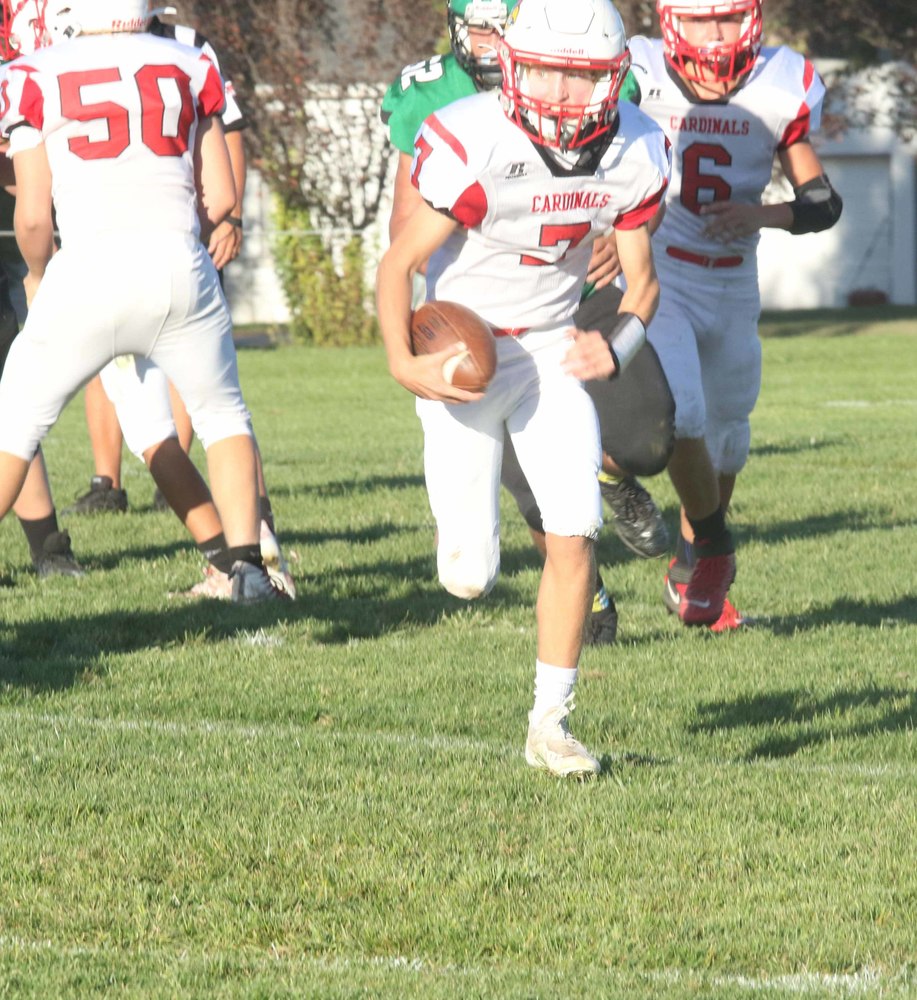 The Alma Cardinals traveled to Arapahoe last week to face off against the Warriors. The team put up a hard fight but fell short with an ending score of 20-34.

The cardinal team put the first points on the board in the second quarter. Senior Ayden Molzahn runs for a 39-yard touchdown. The two-point conversion afterward was no good. The Warriors find a way to break through the Cardinal defense. The Warriors were able to score three touchdowns and score two conversions, leaving the score 6-20 at halftime.

The third quarter had both teams breaking even, scoring a touchdown with a two-point conversion. Arapahoe was the first to score in the third quarter Alma followed shortly with a touchdown of their own. Ayden threw the ball to Peyton Herrick for a seven-yard touchdown. This brought the score to 14-28.

Finally, at the end of the game, the Cardinals were able to put some more points on the board with a pass from Ayden to Alek Molzahn for a 21-yard touchdown. This is followed by another touchdown for the Warriors ending the game with a score of 20-34. Overall, the Cardinal team put up a great fight.