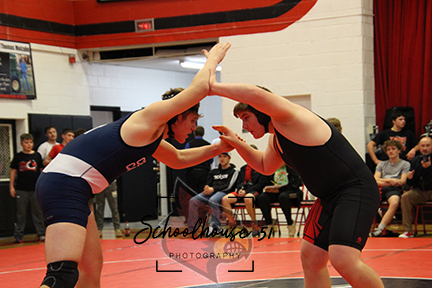 On Saturday, December 4, the wrestling team had a long, successful day of wrestling. The Cardinals started their day at 6:00 a.m. leaving for Harvard and the tournament ended around 8:00 p.m.  Despite the long day, the boys managed to come out on top once again with a first-place finish.

Leading the team in takedowns with an impressive number, was Jeremy with 13 takedowns. Leading the team in pins, was Ayden, who won all five of his matches by a pin.  Jeremy and Ayden both maintained their undefeated record. Overall, it was a successful day for the wrestlers, way to go, boys!