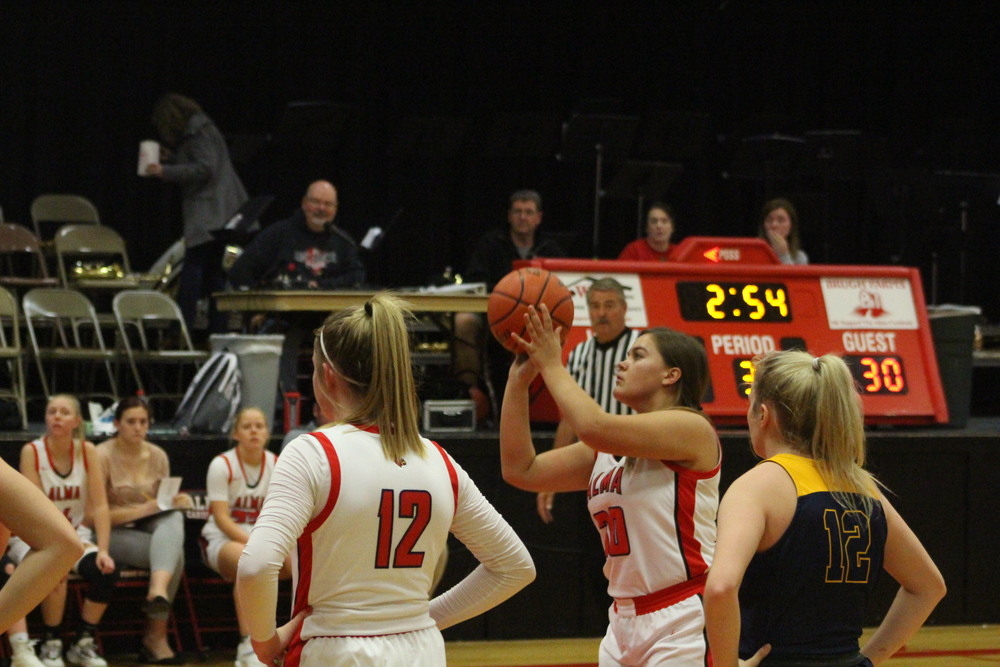 The Lady Cardinals played a great game against the  Flyers at Franklin High School on Thursday, January 6th.  The girls started the game off strong with Carlee Stuhmer and Addison Neal making 2 points each.  Addison Siebels made one of her two free throws, as well as a  3 pointer and a field goal. Madison Wolfe also shot four points, leaving the first quarter score at 14-11.

The Cardinals kept the score steady with Stuhmer making an old-fashioned 3-point play, as well as a 2 pointer. Abbi Fox scored 1 of her 2 free throws, and Addison Neal scored two 2 point shots and a three-pointer.  This left the second-quarter score at 27-19.

The girls came back strong after halftime, with Stuhmer and Neal both shooting 3 pointers. Addison Siebels followed up scoring 2 points, leaving the third-quarter score at 35-29

The girls didn't hold back in the last quarter, with Addison Neal starting off strong with a 3 point and a 2 point shot. Siebels finished the game with a 3 pointer and another 2 point shot. This left the overall score at 47-38, with the Cardinals taking home a win against a tough Flyer Team.