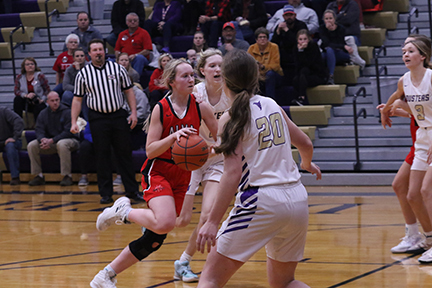 Alma Cardinals Hold Off Late Run By Holdrege To Win

During the second quarter, Miley Whitney made 9 points with 3 2-pointers and a 3-pointer, Kallie Hammond made both of her free throws for 2 points, and Chayse made 4 2-pointers for a total of 8 points. The second quarter ended at 32-21 with Alma ahead.

In the third quarter, Harper Fennel made 1 free throw, and Chayse made 2 2-pointers and a free throw for a total of 5 points. Alma had a 9 point lead at the end of three quarters making the score 38-29.