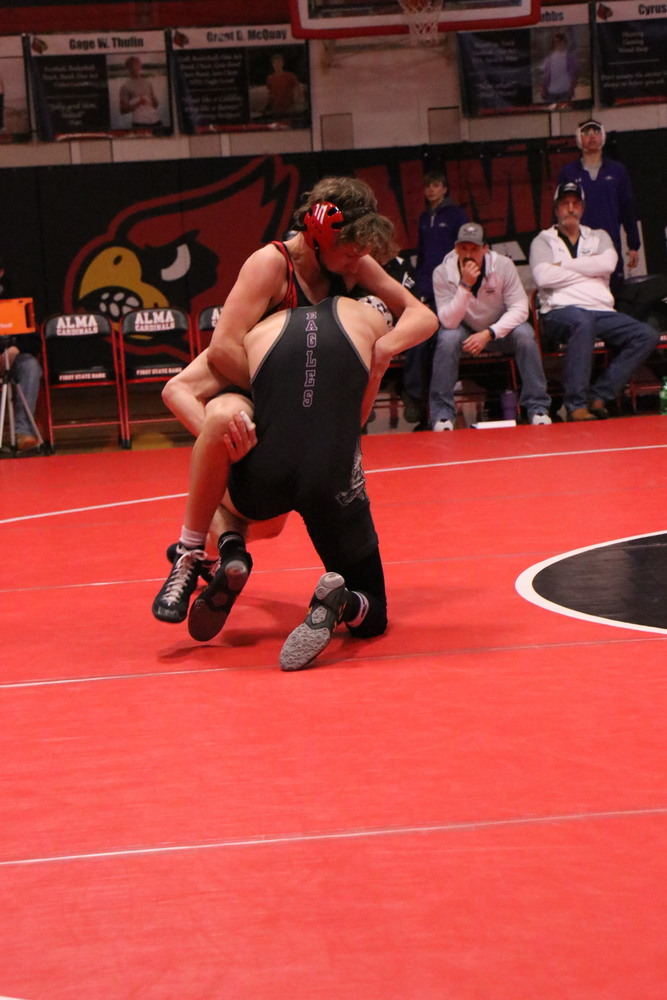 This past weekend, the cardinal wrestling team traveled to Franklin for the annual Franklin invite. Overall, the team placed sixth out of seventeen teams. The team had five out of ten wrestlers end up on the podium.

We had one wrestler end up placing third, and that was senior Andy Graf. He won his match due to his opponent already hitting his five-match limit. In Andy’s semi-final match, he won by decision, the ending score being 10-2.

Sophomore Alek Molzahn, ended up placing second after a tough finals match versus the senior Jordan Brown of Superior. Alek ended up losing his match in a 1-7 decision but fought hard.

We had one wrestler end up at the top of the podium, and that was junior Carter Brandyberry. Carter won all of his matches with a first-period pin, even his finals match. Carter was matched with Braxton Hammond of Southern Valley for his final match. The night prior, Carter had an intense match with Braxton during the Alma versus Southern Valley Duel but still ended up with a win with a pin in the third period.