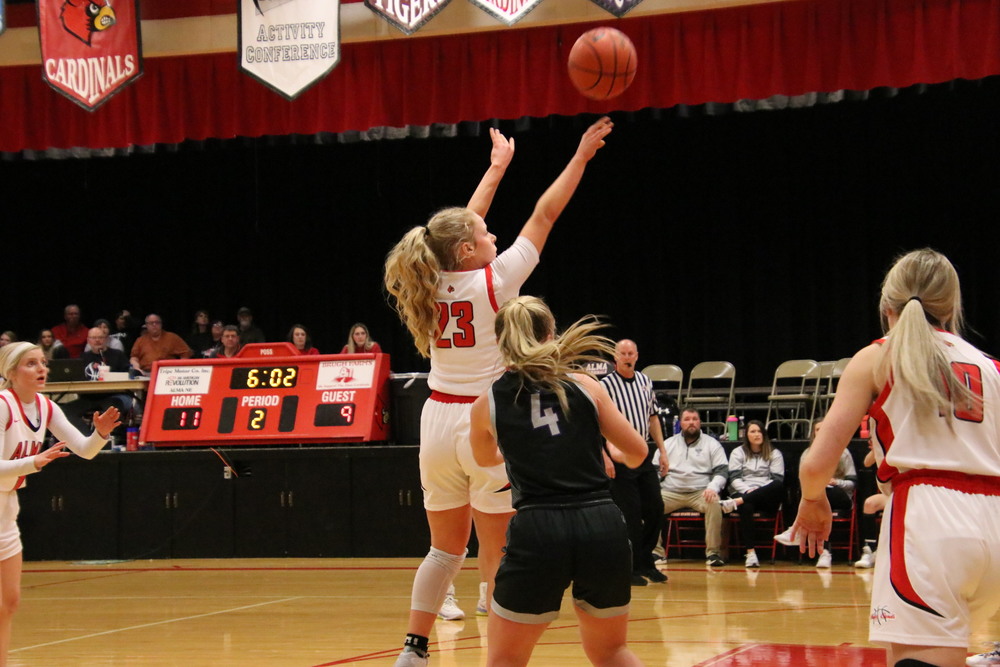 The Lady Cards had a tough win against Axtell. In Alma, January 8, the final score was 52 to 49

The Axtell defense had a good third quarter holding Alma to only 9 points to their 15.  Scoring for the Cardinals was Addison Neal with one field goal and one three point basket.  Addison Siebels contributed a field goal as well as Madison Wolfe.  This made the score at the end of three 32-31 in favor of Axtell.