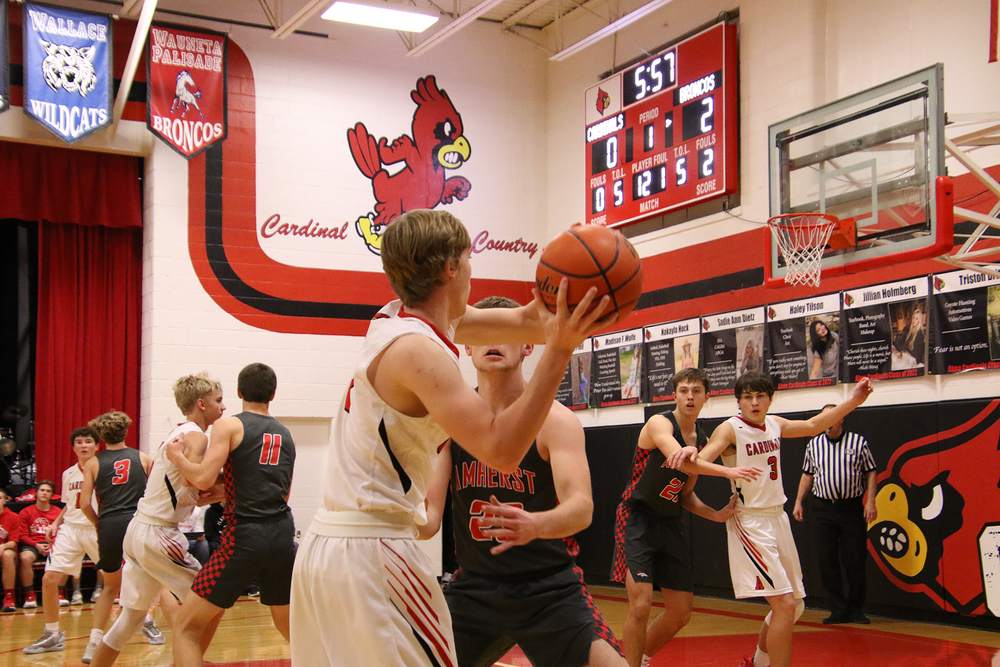 On January 11, 2022, the Alma Cardinal Boys Basketball team faced off against the Amherst Broncos at home.

In the first quarter, Junior, Peyton Herrick shot a free throw and put the first point on the board for the Cardinals. The tough full-court trapping press really dampened the Alma offense.  The score at the end of quarter 1 was Alma 1 Amherst 15.

After halftime, in the third quarter, P. Herrick made 2 free throws and a 2 pointer. J. Neal scored 2 points. And Junior, Jt Clapp put on 2 more points. bringing the score up to 19 points for the Boy Cardinals.

In the last quarter of the game, P. Herrick scored 4 points. R. Kermmoade put 3 points on the board. G. McQuay scored 2 more for the Cardinals. J. Neal put up 2 more. J. Clapp scored 2 points for the boys. Adding 13 more points to their score. After a much improved second half, the Alma Cardinal boys finished the game 32 to 74.