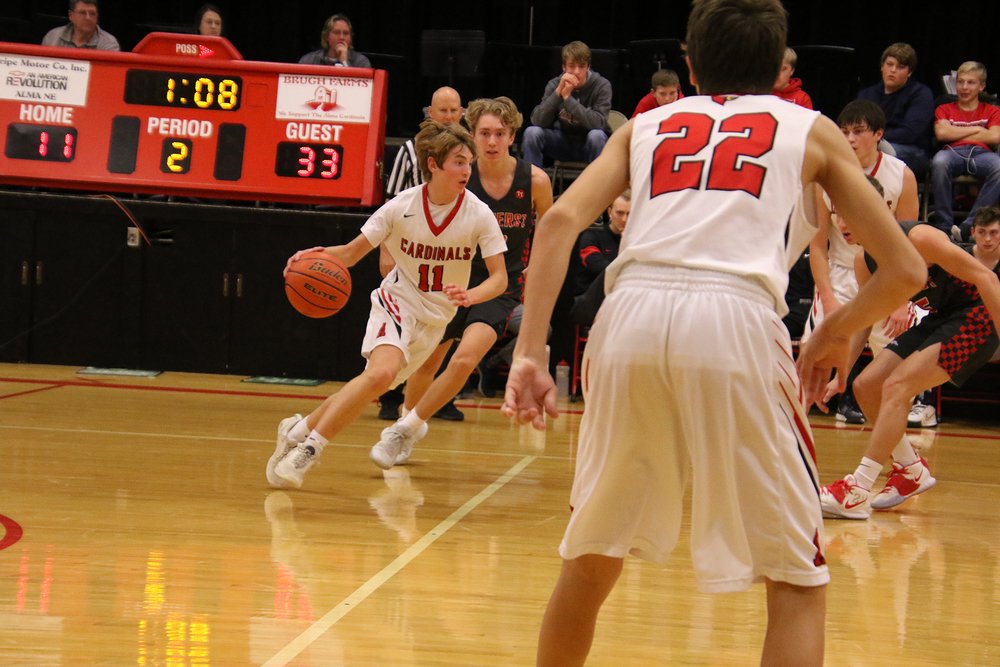 Alma Cards End in a Loss Against Hitchcock Co.

The Alma boys basketball team played against Hitchcock Co. on January 14, 2022.  The boys started off slow in the first quarter with only scoring 2 points. Those were made by Ryan Kermmoade with a 2-point shot.  This left the score at the end of one 2-22.

In the third quarter, Alma only scored 6 total points. Grant McQuay made his way on the scoreboard with one 2-point shot. As well as Peyton Herrick making his third 3-point shot of the night. The final point goes to Ryan Kermmoade making 1 out of the 2 shots from the free-throw line.  This ended the quarter with a score of 48-20.

In the final quarter of the night, the boys made 11 total points. Peyton Herrick, Ryan Kermmoade, and Jakin Neal each made one 2-point shot. As well as Ryan making a 3-point shot after that. it also included JT Clapp making his first shot of the night with a 2-pointer. Unfortunately, the boys ended up losing 61-31.