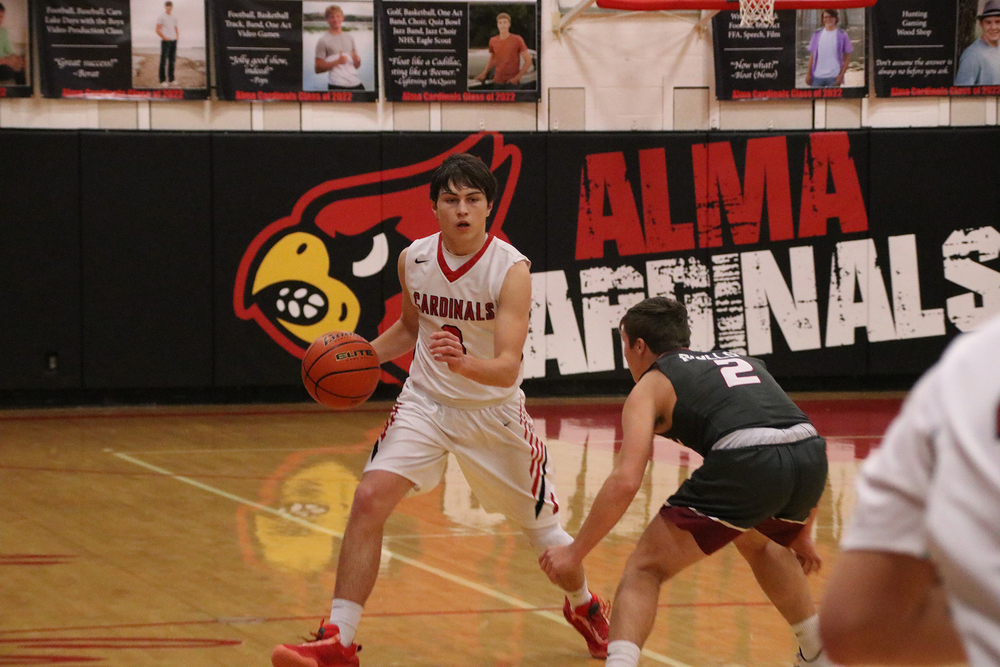 On January 13th the Alma Cardinals boys basketball team played the Hi-line Bulls team. The game started off with Payton Herrick making 6 points, Grant McQuay making one of his two free throws, and Jakin Neal shooting a 2 pointer, which started the boys off with 9 points at the beginning of the game.  The score was 16 to 9 at the end of one.

In the second quarter, Herrick made a three-point shot, and Grant quickly followed up to make a three-pointer as well. To end the first half of the game, Peyton swooped back up and made 2 points.  This had the Bulls leading 30-17 at the break.

The boys came back strong for the second half of the game, with Jakin starting off with a 2-point shot. Ryan Kermoade was then up for a free throw and unfortunately missed both shots. Kermmoade came back up to speed and scored a 2 pointer, as well as Peyton Herrick making a 2 and 3 pointer, and Neal making a 2 point shot.  Heading into the final quarter the Cardinals close the gap to 31-39.

In the 4th and final quarter, Peyton Herrick made a 2 point shot, Ryan K made two 2 point shots, Peyton made a free throw along with 2 points, and Jakin made a three-point shot as well as a two-pointer. To end the game, Peyton came back and made a free throw, making the final score 46 to 58.