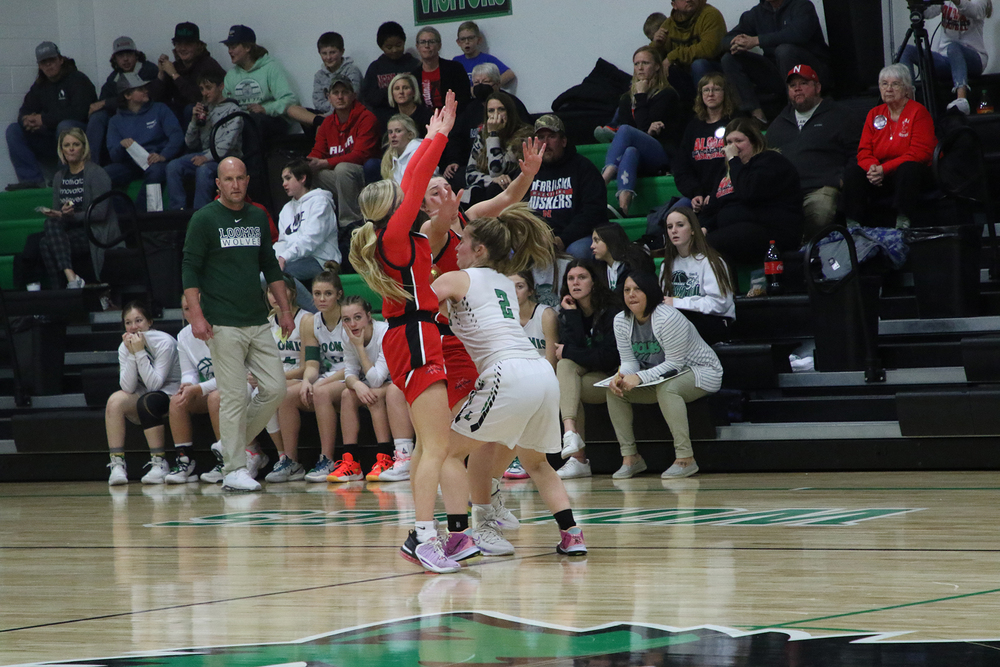 On Thursday, January 20th, 2022. The Alma Lady Cardinals played a very close game against the Loomis Wolves on their home court.

In the first quarter, Senior Carlee Stuhmer put up 5 points. Junior, Addison Neal scored 2 more points, and sophomore, Addison Siebels scored 3 pointer and then a field goal for the lady Cardinals. Sophomore, Riley Scott added another 3 pointer to round out the scoring for the first quarter. The Cardinals had 15 points going into the second quarter and Loomis had 13.

Going into the second quarter, Neal put 2 points on the board. Seibels shot a free throw and scored a 3 pointer. Senior, Kaylee Baker scored 2 more points. At the end of the second quarter, there were 23 points on the board for Alma.  An old-fashion three-point play by Hanna Stewart at the end of the quarter had the Cardinals and Wolves all tied up at the half.

The Cardinals came out shooting strong in the 3rd with 14 points.  Even better was their trapping press that dealt fits to the Wolves and held them to only 6 points.  Scoring for the third quarter was Stuhmer with 2 points. Neal added 7 more points to the board, by the way, of 2 field goals and one three-pointer.   Siebels scored 2 points and fellow sophomore Scott made a 3 pointer. This made the score heading into the 4th quarter, Alma 37-29.

Although the Wolves made a late run in the 4th to bring the game within 3, the Cardinals were able to hold on for the win.  The Wolves' defense held the team to just 3 field goals in the fourth quarter.  Addison Neal, Addison Siebels, and Madison Wolfe each made one.  The Cardinals shot only 50% from the free-throw line this quarter, but those three free throws were very important as they were the difference in the game.  The same three scorers from earlier each went 1-1 from the line.  This left the final score Alma 46 to Loomis 43.